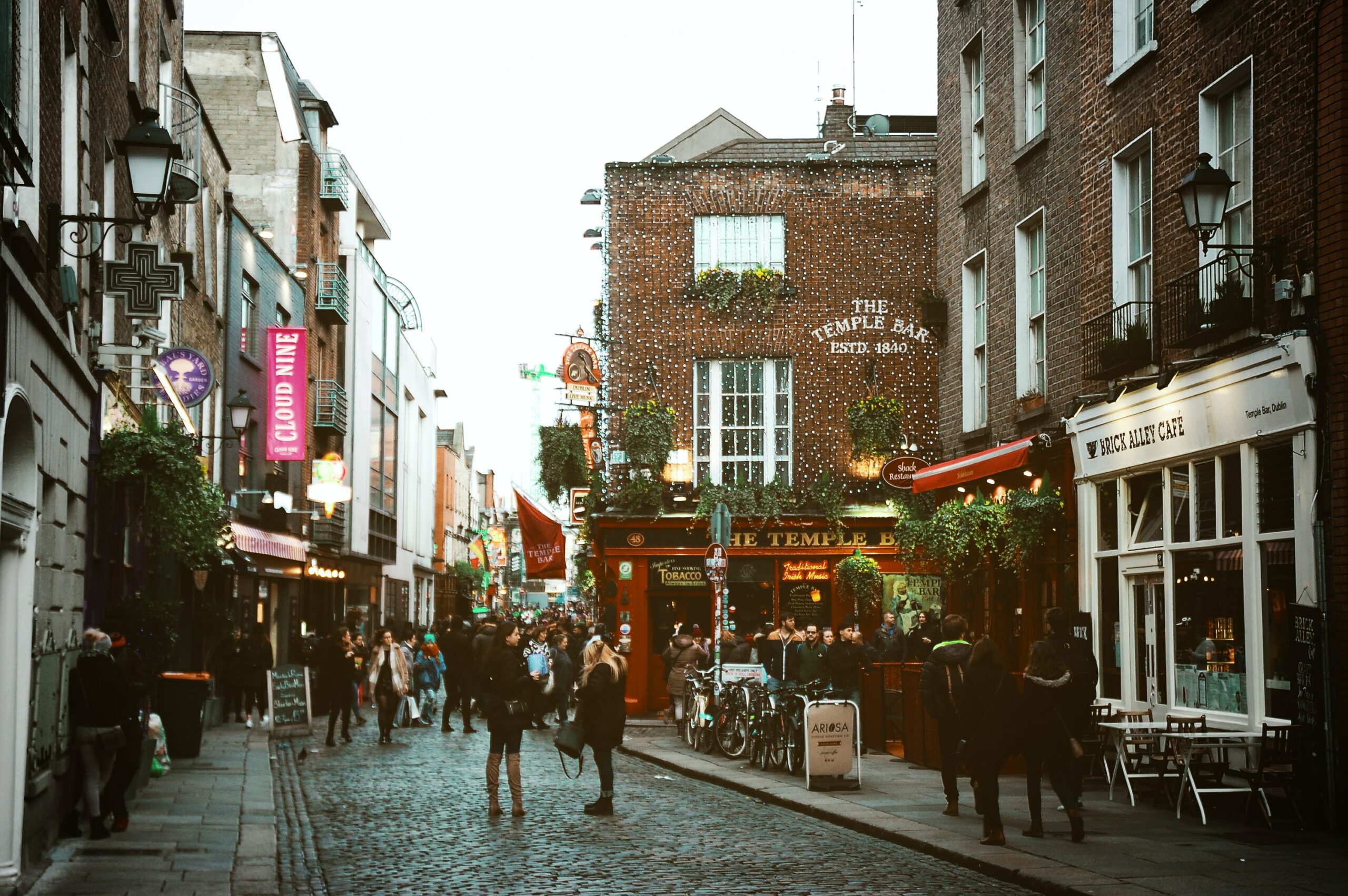 Discover our mobili’tips for a successful trip to Ireland! In this article, we outline everything you need to know before going on an international mobility experience in Ireland, but above all, all the cultural features that could be useful to you, especially if you are considering going as a young person with a disability or with people with disabilities.

There are three official languages in Ireland. They are:

The most widespread of these languages in the country is English; it is the majority language spoken and the de facto working language in the country. While there are regions in Ireland that are primarily Irish speaking (known as Gaeltachts), you will be able to use English everywhere in the Republic of Ireland while living, working, and studying in the country.

In Ireland, the correct terms to use when referring to the disability community and its members are: Person with a Disability/People with Disabilities. You may see this written as an acronym PWD. This person first language is seen as the most appropriate.

However, there are notable exceptions to this:

The language preferences outlined above are by no means limited to Ireland; in the English speaking
world as a whole this is applicable. Some words that are not appropriate and deemed offensive are:

It is important to note that language changes and evolves over time and also that not everyone within the disability community is the same. Also that people make mistakes and that’s OK! Particularly if you are coming to Ireland as a non-native speaker, do not get too stressed trying to make sure you say everything perfectly. Just try your utmost to be inclusive and respectful in your language usage and if someone corrects you, take that on board and use the correct term in future.

The key piece of advice we have is: if you are unsure, just ask!

The set of dialects natively written and spoken within Ireland is known as Hiberno-English, or Irish
English.

When living in Ireland you will become acquainted with many colloquialisms not used in other English speaking countries. Some of these take influence from the Irish language, such as the commonly used ‘craic’ from the Irish meaning ‘fun’. This is a term for news, gossip, entertainment, and enjoyable conversation that you will hear very often in Ireland and that will have a slightly different meaning depending on the context. For example: ‘what’s the craic?’ means ‘what’s up/any news?’, whereas ‘last night was great craic’ means ‘last night was great fun’. There are many such terms used in Ireland that will make becoming acquainted with Hiberno-English an interesting experience for you!

For such a small country, there are many different accents in Ireland. Depending on whether you are in the North, South, or West of the country the accents of Irish people will be significantly different. Even within cities – Dublin specifically – the accent can distinctly vary!

Please don’t use Hollywood films for reference as to how these sound! Here is a fun video you can watch that acts as a humorous guide to the different accents in Ireland:

Some other common characteristics in how Irish people interact with each other:

In the Republic of Ireland, it is accepted that there should be easy access to all buildings for people with physical disabilities as laid out in the Employment Equality Act 1998 and the Equal Status Act Further to this, the Disability Act 2005 obliges public bodies to ensure that their buildings (and services) are accessible. The National Disability Authority gives guidance to public bodies on meeting this obligation with their ‘Code of Practice on Accessibility of Public Services and Information provided by Public Bodies’. You can read this here:

This website uses cookies to improve your experience while you navigate through the website. Out of these cookies, the cookies that are categorized as necessary are stored on your browser as they are essential for the working of basic functionalities of the website. We also use third-party cookies that help us analyze and understand how you use this website. These cookies will be stored in your browser only with your consent. You also have the option to opt-out of these cookies. But opting out of some of these cookies may have an effect on your browsing experience.
Necessary Always Enabled
Necessary cookies are absolutely essential for the website to function properly. This category only includes cookies that ensures basic functionalities and security features of the website. These cookies do not store any personal information.
Non-necessary
Any cookies that may not be particularly necessary for the website to function and is used specifically to collect user personal data via analytics, ads, other embedded contents are termed as non-necessary cookies. It is mandatory to procure user consent prior to running these cookies on your website.
SAVE & ACCEPT